The Brazil nut tree (Bertholletia excelsa) towers over most of its peers, growing up to 50 meters tall over a lifespan of up to 1000 years. It can be identified in part by its long cylindrical trunk and the coconut-sized fruits that it periodically drops like canon balls onto the jungle floor. The shells that contain the nuts are notoriously hard; difficult for the novice to open even with a machete and desperate appeals to higher beings. The one exception is our field manager, Frances Humes, whose casual display of brute force you can witness in the following video:

Agoutis, on the other hand, are perfectly adapted for harvesting these nuts with their strong teeth. They eat some of the bounty right away, then disperse the rest in caches… some of which they forget about. The forgetfulness of this tropical rodent not only makes them important seed dispersers, but also makes them highly relatable to anyone who has ever stashed something important in a “safe place.” 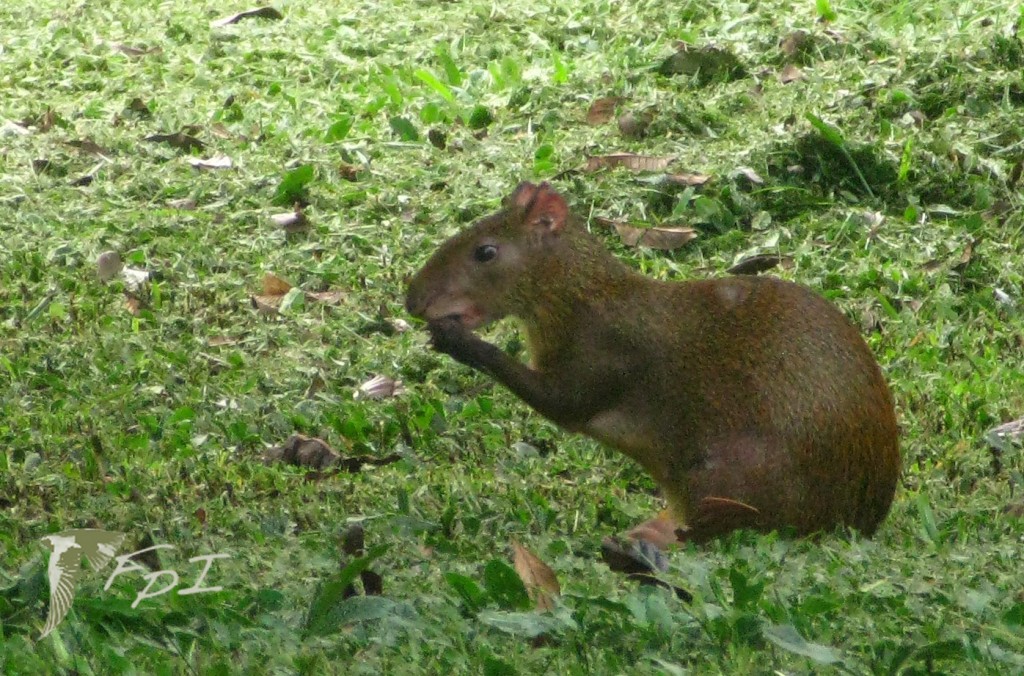 The only other animals known to open these nuts are capuchins, who uses stone tools to achieve this impressive victory. While this behavior has not been observed at our field site due to the lack of available stones, you can see a capuchin in action in this BBC Earth video: