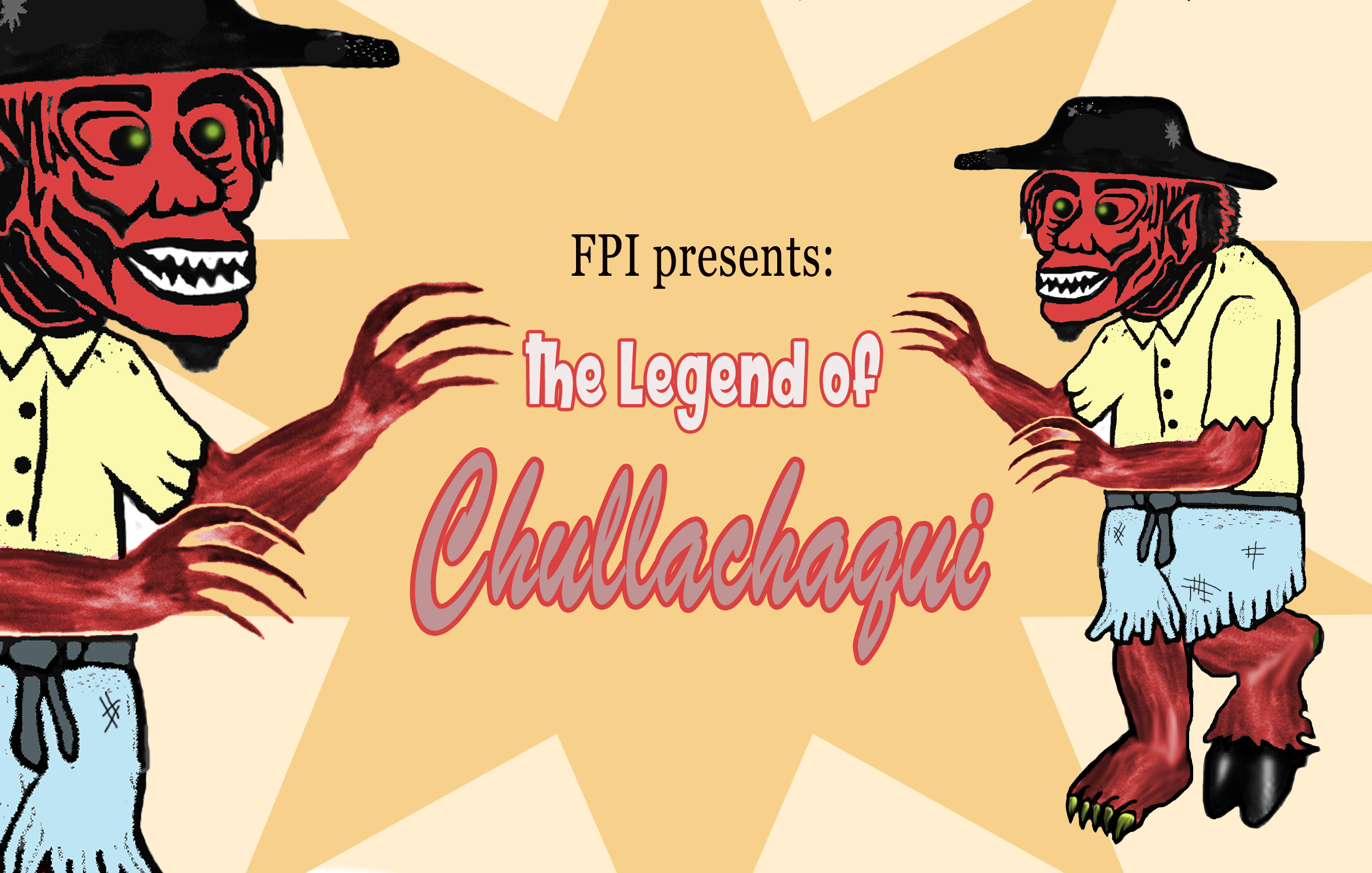 Long before there were organizations like the IUCN, the Rainforest Alliance, Conservation International, or the Amazon Conservation Association, there was a different sort of protector of the rainforest. Chullachaqui means “one-footed” or “odd-footed” in Quechua,  a name alluding to this mythical creature’s unique physiology: one normal foot and one either facing backward or appearing as a hoof or paw.

Rather than managing concessions or issuing carbon credits, Chullachaqui is instead a shapeshifter that can appear as a friend whom you’ve strayed too far from on a hike, a loved one you have been aching to see, or prey animal you are tracking. This knavish mimicry seeks to lure victims deeper into the labyrinthine jungle where they become hopelessly lost. It is only by attention to Chullachaqui’s mismatched feet that you can tell this impish mimic from the real thing.

As with any cryptid, there exist a lot of variations in the folklore. While historically Chullachaqui appears to have been more of a trickster personifying the fearful expanse of endless forest, his purpose in this modern era of forest degradation has shifted somewhat into the role of a defender against rainforest encroachment by loggers, poachers, and miners.

One incarnation of the Chullachaqui legend describes him as a forest dwarf prowling the jungle in tattered clothing, waving his fists and itching for a fight. Any hunter encountering this pint-sized pugilist would have to accept the miscreant’s challenge, or else experience rotten luck that extends far beyond a failed hunt to unclude betrayal by friends, family, and lovers.

You won’t meet Chullachaqui at the forest’s edge, but only deep within its secretive interior. However, this may change as habitat loss continues. While some envision him as a member of a shy community of forest gnomes, aerial mapping and continued deforestation make this notion ever less credible. Peruvian poet, César Calvo instead envisions chullachaquis as creations of shamans, who craft them from abducted children that have been lured into the forest. As noted by a prominent ethnobotantical/shamanist blog: “If a kidnapped child is charged with evil powers, the right foot becomes deformed, self-contradictory — an animal foot when the chullachaqui is in human form, a human foot when in animal form.”

While some chullachaquis may actually reward visitors for respecting forest resources and peoples, even the punishments doled out to exploiters might be considered in a broader context, rather than discounting them simply as “evil.” Indeed, Calvo has noted that the infamous Carlos Fitzcarrald – “el asesino de millares de nativos” – certainly merited vengeance, and he alleges Fitzcarrald was murdered by a chullachaqui who impersonated him in order to give the fateful orders that steered his boat into a whirlpool where he drowned.

Although Chullachaqui might make you pay particular attention to the feet of your friends after they’ve gone out of sight for even a brief moment during a hike (or perhaps a primate follow), this “elf-sorceror” may be the least of your worries. Another supernatural being lurks within the rainforest, and by some accounts appears to particularly relish bloodshed. El Tunchi is a Peruvian specter that stalks the jungle whistling a sinister song. It is perilous to acknowledge the tune, let alone allow yourself to give into the urge to whistle along – no matter how loud and insistent it becomes. While some say he will torment most those who desecrate the rainforest and its animals, other iterations of the tale imagine El Tunchi as far less honorable towards innocents.

In the end, the best course of action is to treat Amazonia with utmost respect, if not out of ethical qualms, then at least to avoid paranormal retribution.

The above video is a mysterious interpretation of Ernesto ‘Shanty’ Diestro y Los Invasores de Progreso’s “El Lamento del Chullachaqui,” which itself is a fine example of Cumbia Amazónica.