How Chimp&See is making that possible

Editor’s Note: Conservation Spotlight is a new FPI feature where we profile organizations, projects, and individuals that are contributing to our understanding and protection of habitat and biodiversity.

What do an animal in a forest, a Face on Mars and a 3D structure of a protein have in common? They all can be spotted and deciphered more efficiently by the human eye than the most powerful of computer algorithms. Certainly, rapid advancements in technology have enabled us to do the unimaginable; think about that the next time you command your phone to search for information or you try to find an image online. Pattern recognition technology has come a great distance, but we are not completely there yet, and researchers are painfully aware of this fact.

Dealing with large, real life data sets is computationally heavy and pattern recognition algorithms sometimes tend to get stuck somewhere midway through identifying the most optimum solution or they fail to detect subtle differences.

However, unless you have a case of face blindness, you probably do not have difficulty telling the myriad Kardashians apart. I’m admittedly partly face-blind, so this is a tough one for me, but many face-recognition algorithms might also encounter similar issues. This same principle applies when one “sees” an outline of a favorite animal or a significant other in the clouds, or when we hear about yet another instance of a Virgin Mary sighting in an unlikely piece of toast. Humans are exceptionally well adapted to recognizing patterns.

Since people have this power, why not use it for the noble goal of scientific research? Well, excitingly enough, this is happening – a large number of projects have begun to harness this talent. We now have an entire community of the so called Citizen Scientists filling in gaps in research capacity.

The largest of these web-based platforms for citizen science projects is called Zooniverse, which currently hosts 45 initiatives that represent a range of complex branches of science. You just need to find a project that interests you or something you would like to learn more about, and you can become a part of an actual research team working on real life problems. In your spare time, from anywhere in the world, you could contribute to the work of molecular biologists and bioinformaticians working on 3D-protein folding via project Foldit, or join cosmologists and astrophysicists in space exploration with project Galaxy Zoo. Planet Hunters allows you to help identify distant exoplanets, while Snapshot Serengeti gives you a chance to annotate animals in millions of images from the famous Serengeti National Park. The variety is seemingly endless. 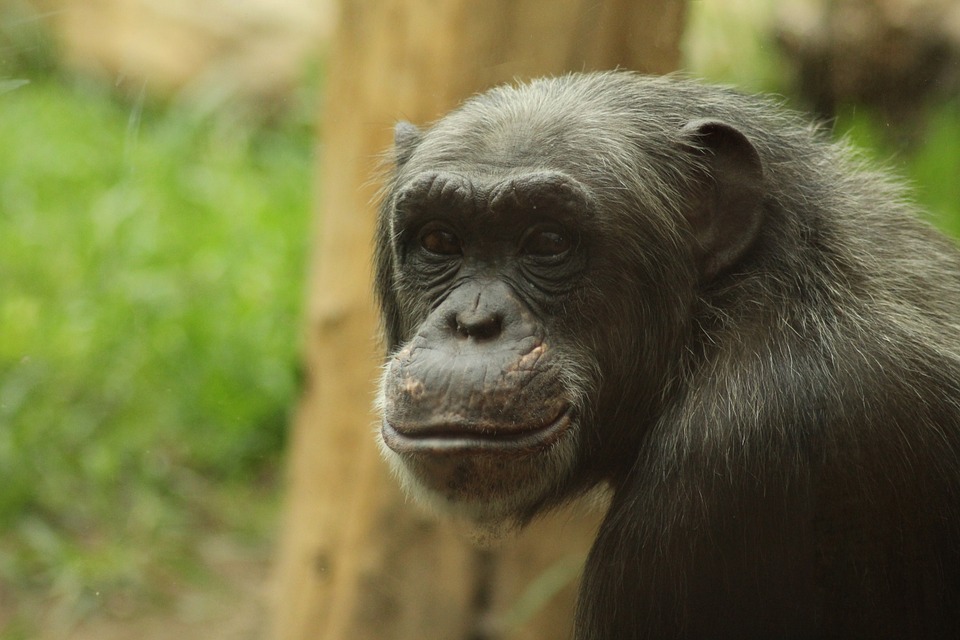 Today we focus on a Zooniverse project called Chimp&See – an explorative tool for chimpanzee ecology and conservation.

Chimp&See is a web-based research platform that offers a video footage from camera traps placed in 15 African countries that capture a variety of animals, not limited to chimpanzees alone, in their natural habitats. First, you are invited to browse through snapshots from a video and identify if there are any species present. If there are, you can then look at the complete video footage and name the species and describe their state and behavior. If you are having any trouble identifying the creature you’re seeing, you can use a well-designed field guide, conveniently sitting on the side of your screen, for image by image comparisons.

This is a very exciting and personal tool, and it does feel as if you are actually there – up in a tree or hiding in the bushes, waiting quietly for a hyena or a gorilla to emerge from a thick layer of vegetation. Most of the footage I looked at had some animal species in it that could exhibit a range of exciting behaviors – from having a snack to exploring the camera or even just hanging out.

This is not a dead-end experience, where you just collect clicks and tick boxes; you are invited to ask questions, discuss findings and even give specific individuals names. With all the energy and passion you have for wildlife, Chimp&See allows you to literally live in this world.

Chimp&See is led by a team from the Max Planck Institute for Evolutionary Anthropology in Leipzig, Germany, in collaboration with its daughter organization the Pan Africa Programme. The goal of their research is to better understand primate ecology and behavior, ultimately contributing to human evolution research and to conservation in the region. They use citizen science to increase the scope of their research, educate the public, and protect animal populations by gathering information about their habitats. Over the year since the release of Chimp&See, more than 2.2 million classifications have been made in more than 400,000 videos and 7600 citizen scientists participated so far.

The roots of citizen science

If you think that being a scientist is all about decades of training and fancy names obtained from inside tall university walls, you are wrong. Science is just the direction of exploration. Ordinary folk learning about their local environments is how it all began. Consider Gregor Johann Mendel, a friar whose experiments with hybridizing peas laid the grounds for the modern field of genetics. It is only since the 19th century that people began earning a living by doing research; prior to that it was all about innate human curiosity.

In today’s age of big data and rapid scientific progress, citizen science can now reach new heights, where work is fuelled by expert knowledge, efficient management and education techniques, leading to benefits for all collaborating partners that enhance global connectivity.

So what role do these projects serve? Is it really worth the fuss? The answer is yes, for several excellent reasons.

Citizen science makes research projects possible that would otherwise be unfeasible or too-data-intense, accelerating scientific discoveries and producing highly valuable results. It also enables researchers to start bridging gaps in scientific literacy within our society, something that can ultimately lead to a more scientifically aware and environmentally-minded society. Citizen science has proven to be a great fit for school students too, where science can be presented in a more engaging and practical way. Projects like Zooniverse with Chimp&See do much more than just generate more scientific publications; they become the tools that inject scientific wonder into the general public and act as a powerful catalyst in science education.

We invite you to check out the Chimp&See and the other Zooniverse projects, and allow yourself to become captivated in a rather marvelous scientific experience.¶