[attention title=”Amazon Wired”]Varun Swamy, field course instructor (see Amazonian ABCs), is also one of the co-founders of the Amazon Wired project. Here he documents the ever changing ebb and flow of a tropical rainforest. This article originally appeared on the Rainforest Expeditions blog on April 29, 2017. To get to know Varun better, log on to Reddit for a unique Ask Me Anything session at 7 pm CST on October 8, 2017. [/attention]

With gusting winds and a sharp plunge in temperature, the first friaje of 2017 arrived earlier this week in Puerto Maldonado, signaling the official transition from wet to dry weather in Tambopata and across the Madre de Dios basin. Rainforest denizens definitely took note, for the wet-to-dry season transition also signals a pronounced shift in their day-to-day lives – a switch from “boom” to “bust” times.

During the rainy season in Tambopata that roughly spans November through April, it pours down from the canopy – rain, of course, and…FRUIT! Fruits everywhere, fruits-a-plenty, fruits galore…in the canopy, on the floor…in myriad shapes, colors and presentations. 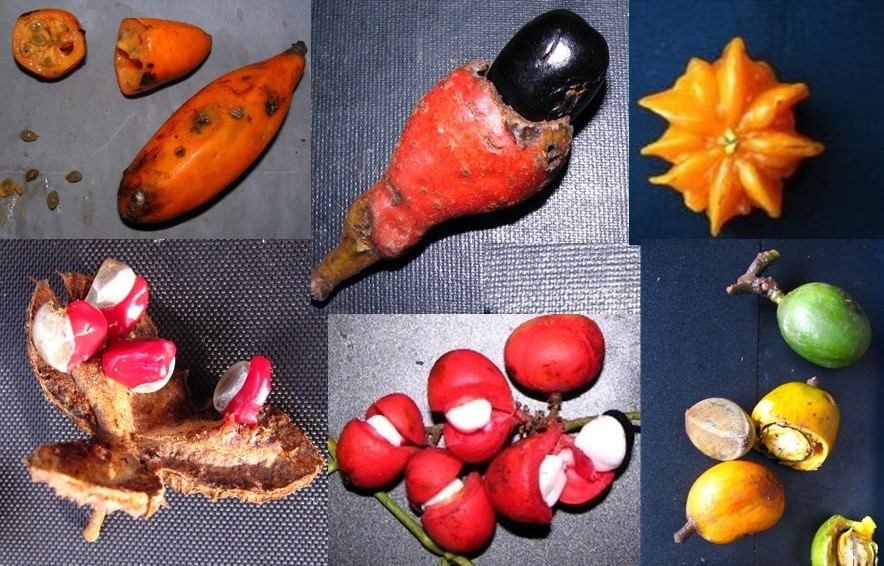 A very small sampling of the staggering diversity of fleshy fruits found in rainforests of Tambopata (Photo: Varun Swamy)

To a rainforest frugivore like a spider monkey, the rainy season is a “boom” period, when all is well in the world and there’s way more food than it could possibly imagine or consume. Gorged and satiated during the boom times, spider monkeys and other rainforest frugivores focus their attention and efforts on the other pressing issue that defines their existence: reproduction.

But rainforest frugivores know all too well that the boom times are a-fleeting…by the end of May, the forest of aplenty has transformed into a barren landscape in terms their main source of nutrition – fleshy fruits become as rare as rain, as the dry season kicks into full swing. This “bust” period lasts until late October, and is a critical, tough, grim struggle for survival for fruit-eating rainforest animals like monkeys, tapirs, peccaries, guans and trumpeters. Each day becomes a dire mission to find sufficient fruit resources to survive to the next one – week after week, month after month – until the boom times return once more with the onset of the first rains in early November. 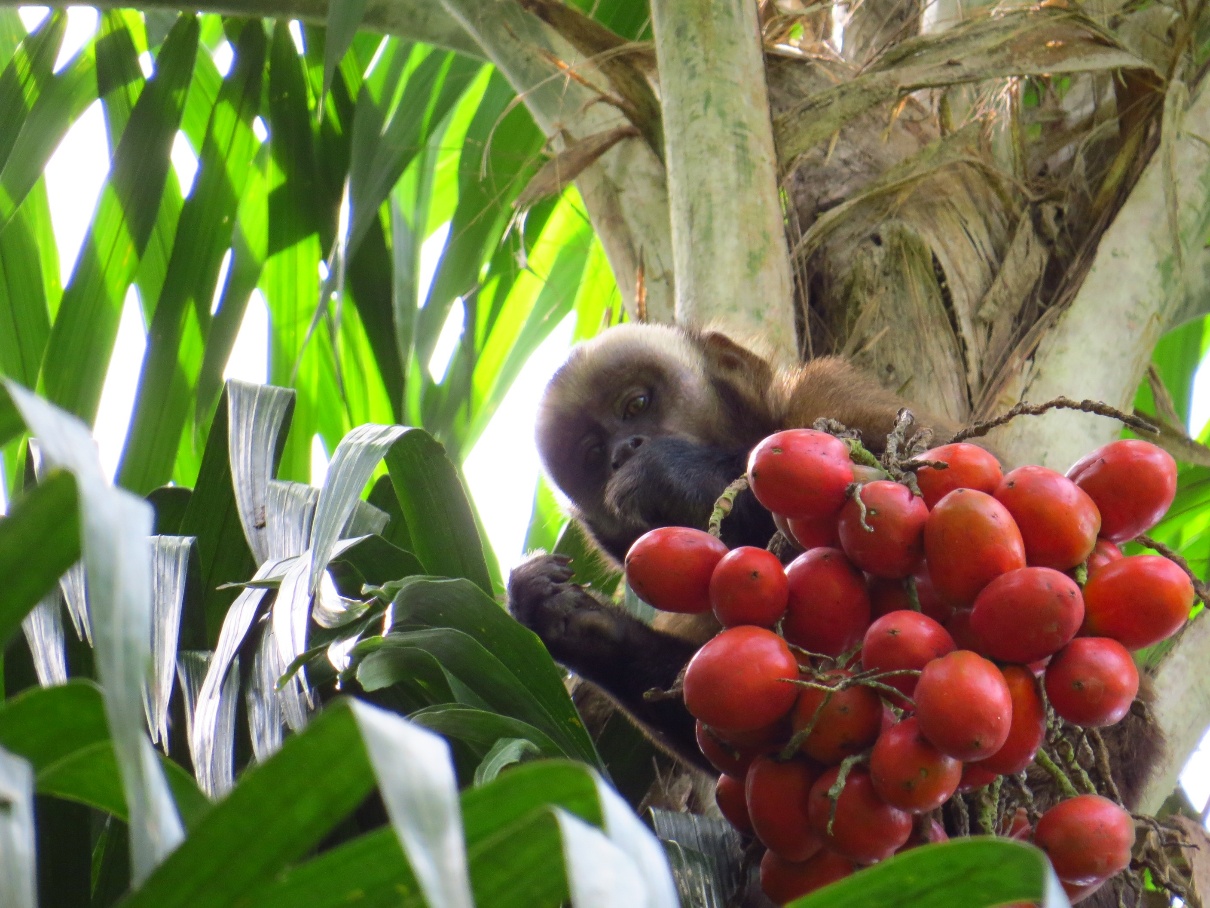 How do frugivorous animals in the rainforest survive these extremes of food availability, year after year? Well, apart from reducing their basal metabolic rate – both voluntarily and involuntarily – through extended rest, weight loss, and dietary shifts, they receive a critical hand from a very small number of plant species that fruit exclusively during the “bust” period. These keystone fruit resources are literally the difference between life and death for rainforest frugivores. They include modest understorey shrubs, giant canopy trees and sinuous lianas, and perhaps the single most important plant genus for Amazonian frugivores: Ficus, a.k.a. fig trees. A giant canopy fig tree in fruit in Tambopata during the peak of the dry season (June-August) is truly a sight to behold – a magnet and manna for dozens of monkeys and hundreds of birds all at once! 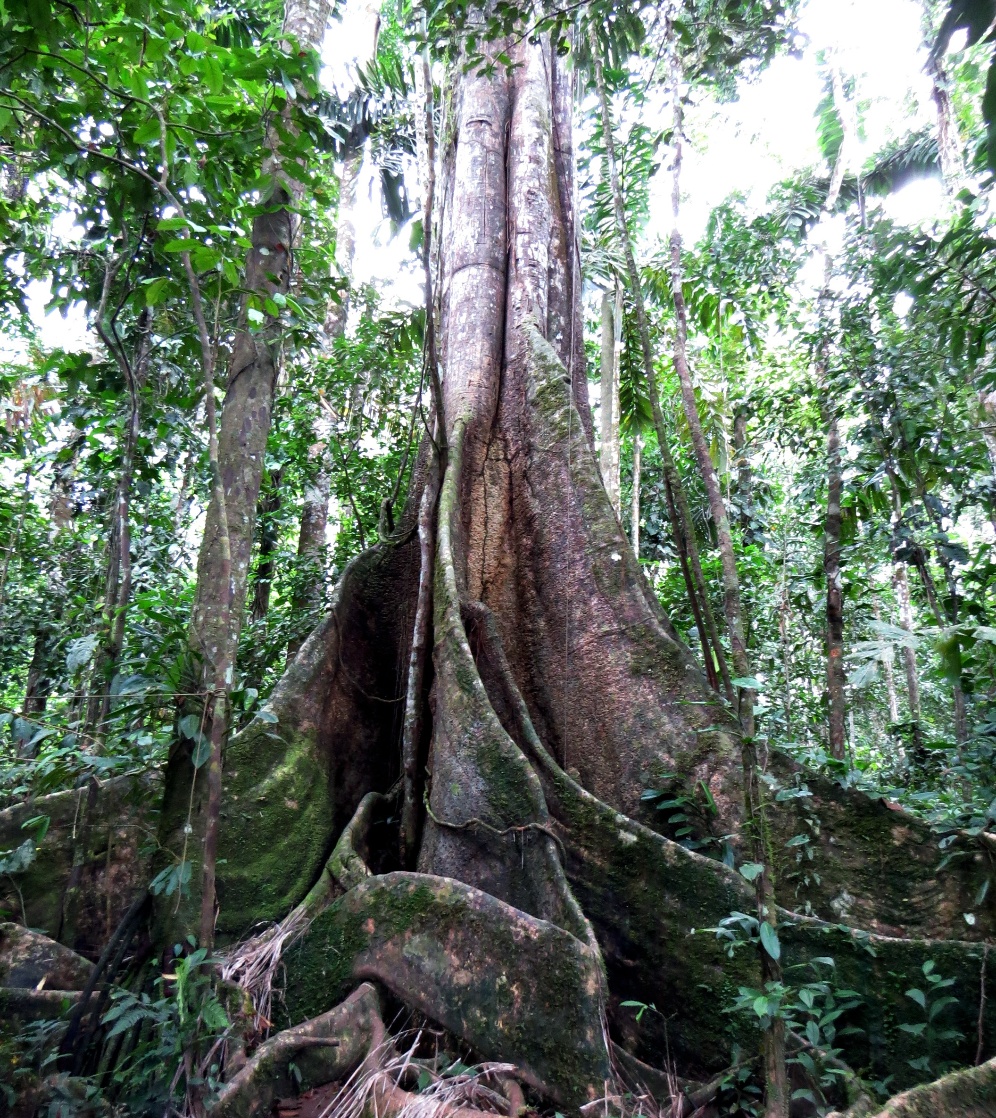 This boom-and-bust cycle defines large areas of the Amazon basin with pronounced dry seasons like the Tambopata watershed. For a visitor, it provides distinct and fascinating opportunities to observe animals throughout the year. Although the majority of tourists visit during the dry season that overlaps the northern summer, the rainy reason is also a great time to plan a trip to Tambopata. As an added bonus, you could participate in Science Season, and get a firsthand look at our efforts to monitor the biological rhythms of canopy trees via Aerobotany!