In our tenth year of performing health screens on wild primates in the Peruvian Amazon, we thought we ought to pause and take a deep breath before we transform this program forever. It’s been a long and eventful journey; one that we hope to turn into a book full of the blooper reels in our minds. This summer will be the first of a brand new journey as we bring some of our most long-cherished dreams to fruition. Here are some of the biggest milestones of this incredible program, which we could never have accomplished without the support and incredible hard work of so many wonderful young researchers. Thank you all for your dedication, great sense of humor, and sheer hard work. You are the future of wildlife biology, whether you know it or not.

If you are interested in gaining field experience in wildlife handling, the RAship program is recruiting from January 1 to April 15, 2018. See here for more details. 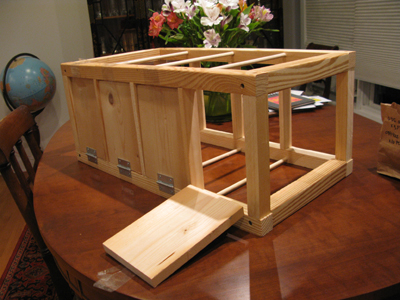 In the summer of 2009, we attempt to build our first multi-compartment trap. It’s heavy, unwieldy, and needs an army of electric tools. We have to scrap it almost right away, but important lessons are learned by all in how not to build traps for the rainforest. 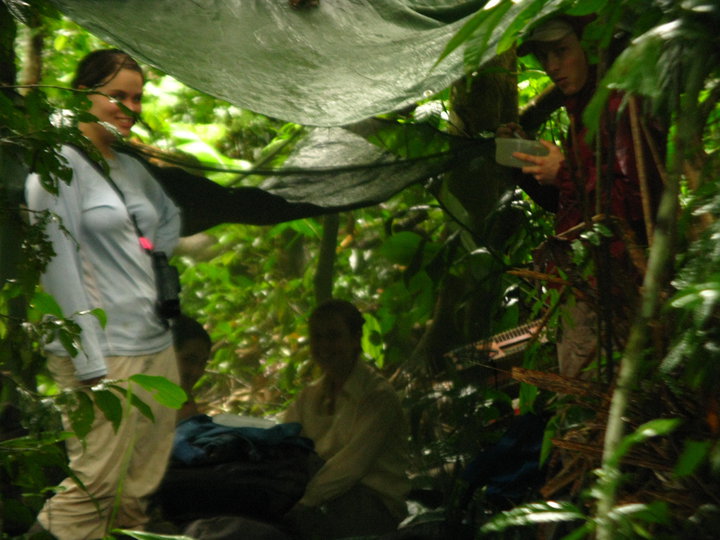 Our first capture season is a momentous one, which deserves a bit more detail than others. We begin with a fascinating team – 8 research assistants (RA) and 2 principal investigators (PI) with the goal of running health screens on 80 tamarins in 10 months. For a real walk down memory lane, browse our monthly newsletters here: September ’09, October ’09, November ’09, December ’09, January ’10, February ’10, March ’10, April ’10, May ’10, June ’10, and July ’10. The bulk of these were painstakingly put together on dying laptops in the rainforest, with screenshots emailed to a supporter (Aaron Erkenswick) in the real world, who then sent them to our fan club of 10. 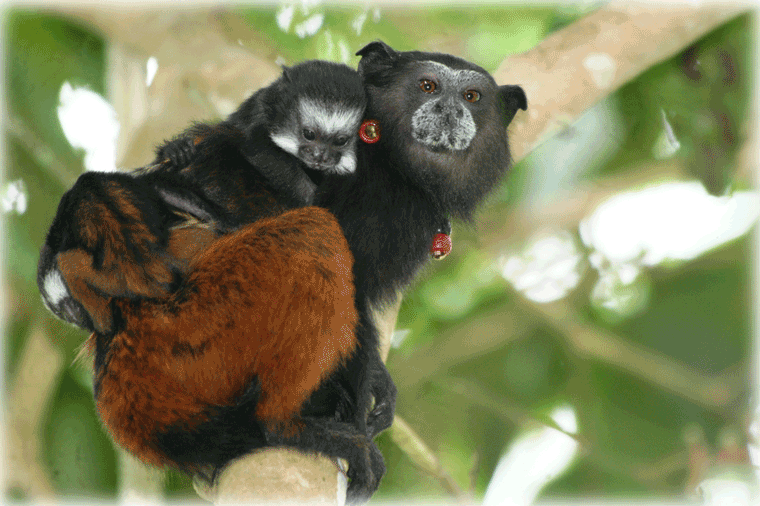 We hit our first roadblock around January of 2010, after capturing and releasing the first group of saddleback tamarins in the program successfully. The rest of the tamarins in the rainforest, it appeared, had absolutely no interest in bananas. Yes, you heard that right. This, as you can imagine, quite took our breath away. We coaxed them to consume bananas in every imaginable way, till we were covered from head to toe in overly ripe Musa, but nothing worked. Our tell-all book may someday reveal the lengths to which we went to entice them, but for the moment, you’ll have to take it on faith that no stone was left unturned.

With time running low, we decide to do what we originally really were avoiding – the use of a “caller monkey.” One of the main reasons we weren’t keen on this is because of the means used to procure such an animal and the often uncertain fates of such animals after their use on the research program. But we were pleasantly surprised. In early 2010, it was almost impossible to find a pet tamarin in the local town. Eventually, in a stroke of almost blind luck, we found one highly malnutritioned and ill-treated animal. We were able to turn it over to the incredible veterinarians and keepers at the Taricaya Rehabilitation Center, who took the little “chiky basterd” under their wing and nursed him back to health. For three months, Chiky then joined us in the rainforest. His job was simple – hang out in a little travel compartment, nestling in blankets, being fed copious amounts of bananas, so that the other animals in the rainforest would see him and be convinced to eat bananas themselves. If this sounds like a hairbrained scheme, it’s because it was. We only thought there was a low chance of it working. So of course, it worked like a charm. In two days after watching Chiky gorge himself on bananas, we had multiple groups of saddlebacks chowing down on the fruit. Ten researchers finally stopped attempting to bait 79 capture sites each day and took a very long and well-deserved nap. Chiky eventually returned to Taricaya in great shape, and was rehabilitated into a group right there at the Rehab Center. 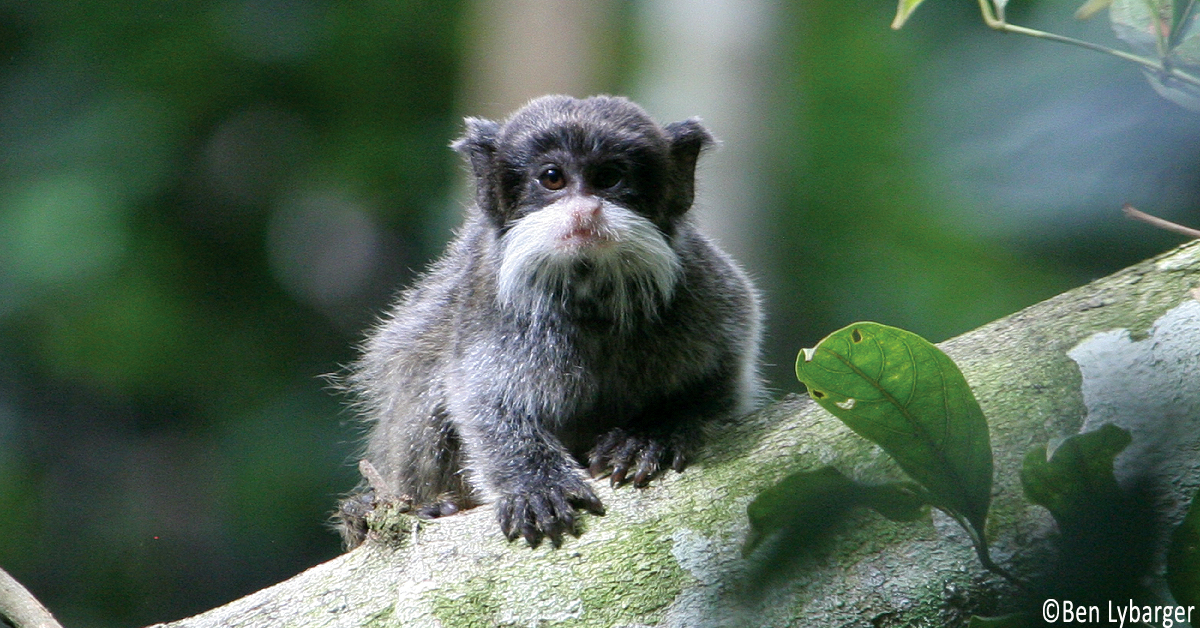 Season 2: The Year of the Emperor

In our first capture season, we successfully conducted a health screen on 48 saddleback tamarins – from some battle-worthy matriarchs to absolutely adorable infants (GPBl and GPO were our favorites). We then tracked multiple groups through some of the worst weather patterns seen on site, recording behavior in detail in a way we never really have ever come close to repeating in any future season. But it was in 2011, during a 25-day season, that we made a breakthrough with the help of Dr. Jennifer Rehg that would change everything. We captured our first emperor tamarins – and the comparison of these two closely related and yet so incredibly different species has been one of the foci of our research efforts thus far.

In 2012, two new projects were launched under the auspices of the mark-recapture program. Led by an incredible crew of research assistants we began to do full body injury-screens that recorded even the tiniest scar. This detailed dataset is now in its 5th year of collection and has yielded individuals with congenital deformities (cataracts, missing digits, etc.) and battle-wounds (gashes, missing tails, and even a missing foot!). We also began to screen for diseases from blood and feces as a part of the Ph.D. research of Gideon Erkenswick. The mark-recapture program got a facelift, with new protocols, data sheets, and a team that had to work like a well-oiled machine for 8-hour days. They were fantastic. 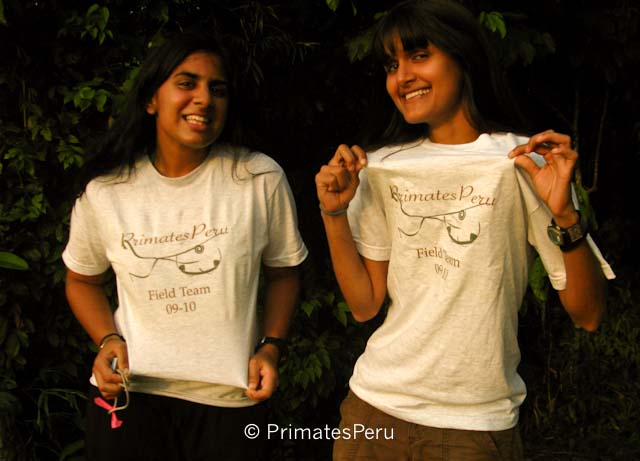 In May 2013, Mrinalini Watsa successfully defended her Ph.D. based on the first demographic analysis of data collected via mark-recapture from 2009-2012. In June 2013, she returned to run another season of the program and promptly ended up collecting data that flew in the face of everything she had learned until that point. Ah, c’est la vie! This year we also began to record vocalizations during mark-recapture, yielding some of the clearest recordings of individually identifiable long-calls for Effie Robakis’s Ph.D. research. 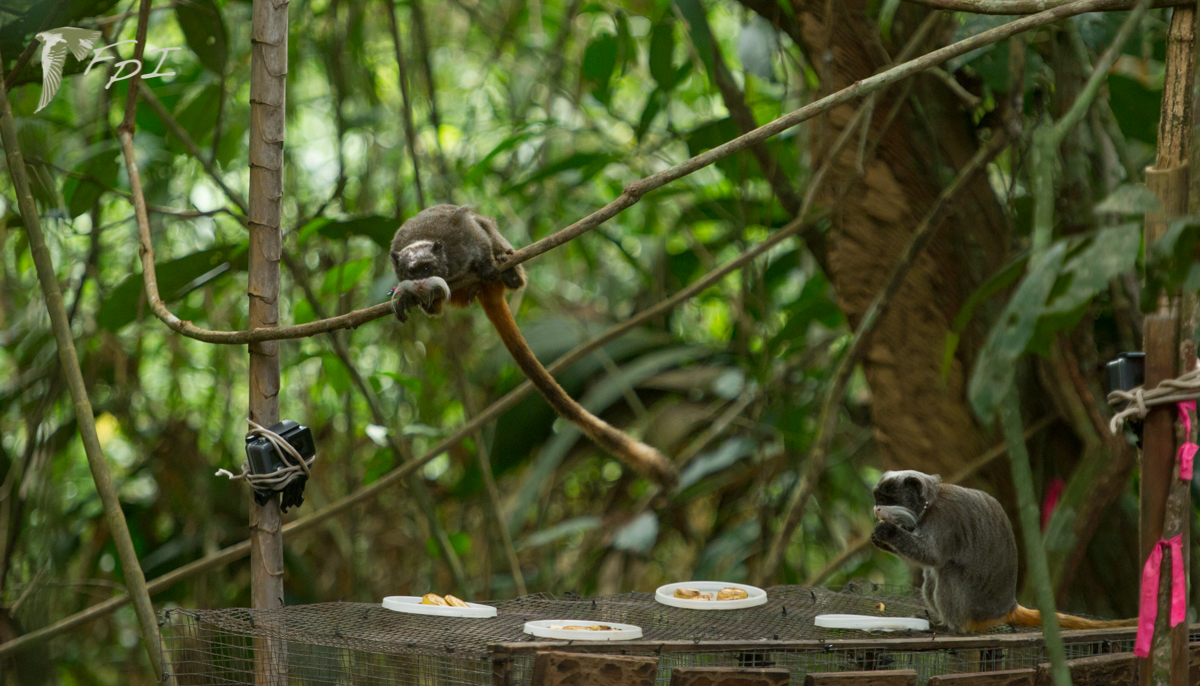 2014 saw the expansion of our research to include a previously unrealized potential. Every year, tamarins voluntarily enter traps without fear of being trapped due to the extremely careful protocol we follow that ensures and preserves habituation to humans. One aspect involves the baiting of traps even after capture, so the animals can continue to visit and be fed a small portion each day without fear. In 2014, we finally began to order how we presented bait at this stage, allowing us to conduct the first feeding station based experiments on wild tamarins at this site. Three years of the first set of these experiments on sensory ecology just concluded in 2017 – and we hope results will be published in 2018.

After YEARS of attempting to get this protocol published, we finally succeeded in doing so in the Neotropical Primates Journal. It is one of the saddest things in the field but some of the most important methodological improvements, that can have concrete impacts on animal survival and comfort, don’t really belong anywhere in the current system of publication. We are still proud of this protocol, since it improves animal safety significantly while preserving habituation to observers – the holy grail.

In 2017, we attempted what has to be the most tech-heavy field season we have ever endured. All of the work of some 20+ research assistants centered around the daily hangups and foibles of one extremely powerful and yet utterly unpredictable piece of equipment: a portable mass-spec we eventually christened Trump. The only thing that helped us all survive the season was the fact that it didn’t have its own Twitter account. Alice Poirier and Lais Moreira Pacheco (wo)manfully mastered the Torion for their Ph.D. research involving scent-based analyses in the field. 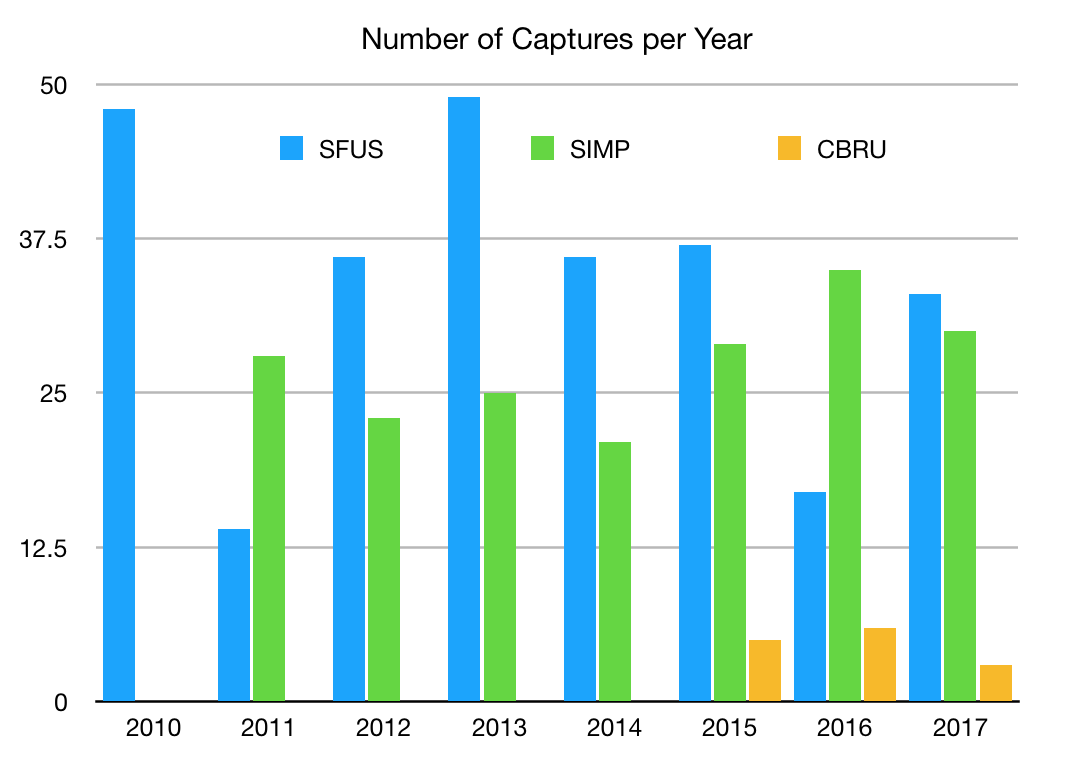 Enter 2018. For the last decade or so we have focused on studying the primate community at Los Amigos in Peru. This year, we’re expanding to conduct the first community-level analyses of health and disease at this site. We hope to sample across as many taxonomic groups as possible – primates, bats, birds, small terrestrial mammals, and vectors – and use genomics at the Green Lab to analyze the parasite communities in all of these for cross-taxon similarities and differences. Wish us luck!

If you are interested in gaining field experience in wildlife handling, the RAship program is recruiting from January 1 to April 15, 2018. See here for more details.

Comments are closed, but trackbacks and pingbacks are open.