[attention title=”Amazon Wired”]Varun Swamy, field course instructor (see Amazonian ABCs), is also one of the co-founders of the Amazon Wired project. Here he tells us how megaflora are really just as interesting as megafauna. This article originally appeared on the Rainforest Expeditions blog on May 22, 2017. To get to know Varun better, check out his unique Ask Me Anything Reddit session that recently took place. [/attention]

I step off a boat and set foot onto a beach, my feet sinking slightly into the soft, fine sand. I pause for a second and contemplate the smooth, featureless terrain in front of me…and then I look further beyond and notice the almost solid green wall of lush vegetation, reminding me that I’m far from the coast and the ocean, in the middle of the Amazon rainforest. 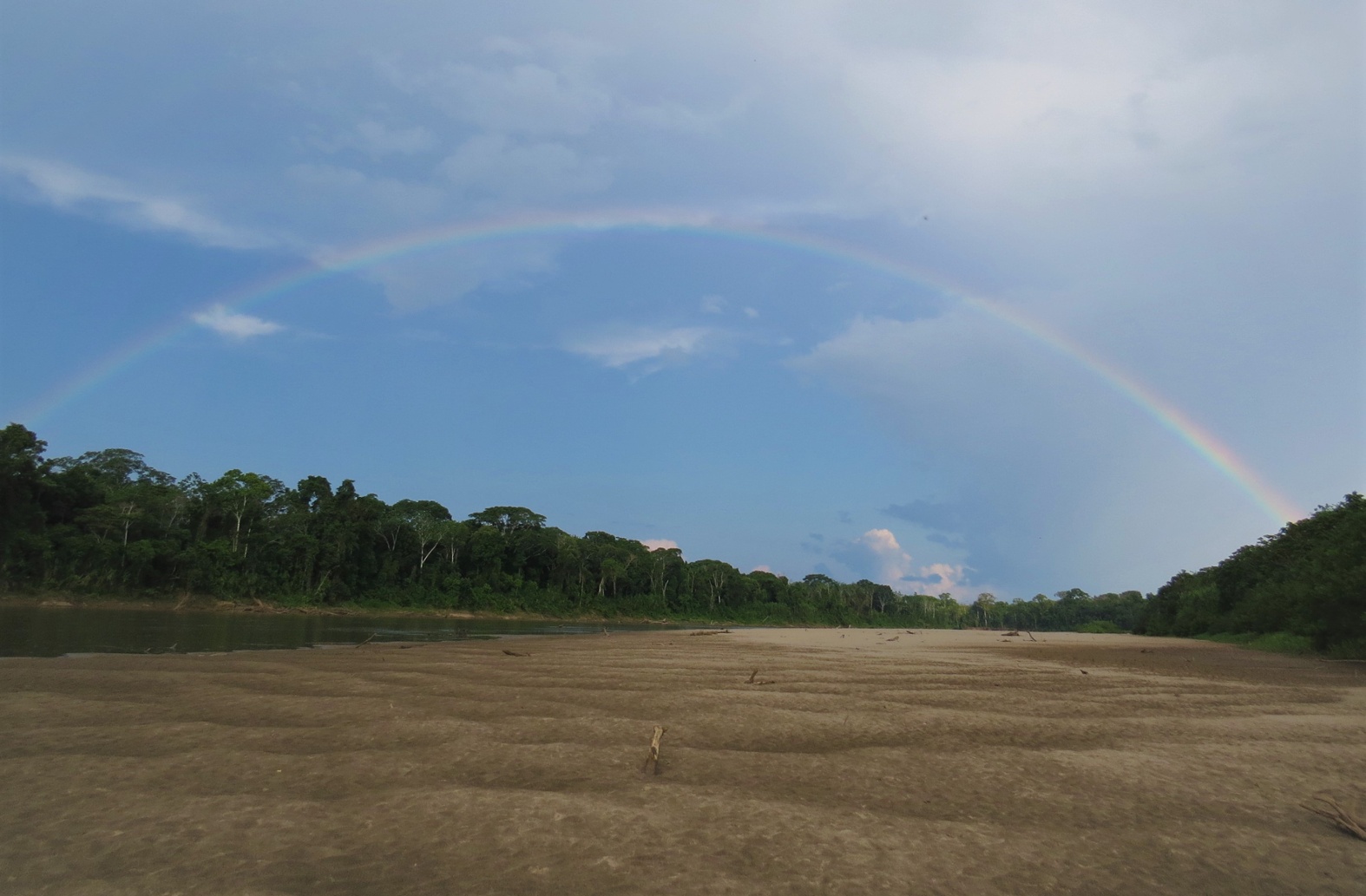 The floodplain of the Amazon River and its tributaries provide the stage for the Succession Rhapsody – a multi-act play that unfolds over centuries and features a staggering cast of changing plant protagonists. The initial Acts are dominated by short-lived pioneer species like Tessaria, Gynerium, and Cecropia – conquistadores of new terrain, each having their moment in the sun, and then gracefully exiting the stage for the subsequent Acts and characters to follow…

About a century through the Succession Rhapsody, two species – Ficus insipida (locally known as oje) and Cedrela odorata (an important timber tree) – take over central casting and dominate for another century. Through these middle Acts, plant diversity accumulates gradually – horizontally across the forest floor, as well as in the vertical space between floor and canopy, forming understorey and sub-canopy layers. The framework of a mature rainforest is almost complete.

But the most diverse cast of characters saves its appearance for the very end of the Succession Rhapsody – if the entire epic were represented by a single hour, about 85% of the tree diversity arrives in the final 5 minutes! The majority of these are fleshy-fruited species whose seeds are dispersed by frugivorous primates, birds, and bats. About 300 years after the river beach was first created, the Succession Rhapsody is complete, and a magnificent primary Amazon rainforest is the result. 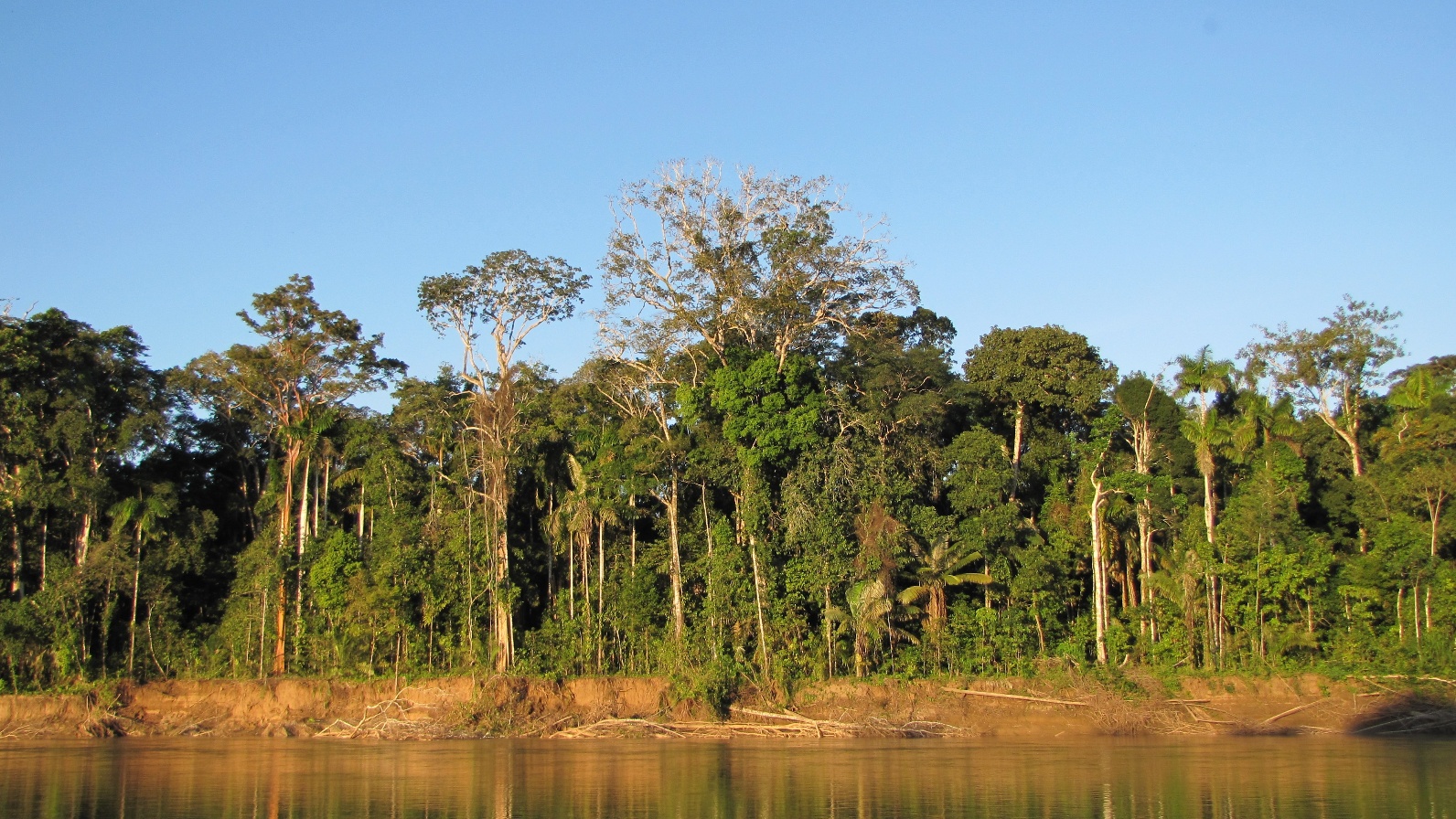 Primary succession – the process by which an ecosystem is assembled from scratch, on newly created land – is a relatively rare phenomenon in nature, usually the product of dramatic natural events like volcanic eruptions and landslides. In the floodplain of the Amazon basin, however, primary succession is a tranquil constant – meandering rivers simultaneously play Creator and Destroyer, transporting sediments from near and far and depositing them to form river beaches, the stage for the epic play that follows. The Amazon basin is one of the few remaining places on the planet where rivers still run free and are allowed to constantly modify and transform the landscape.A mature floodplain forest in profile, after the Succession Rhapsody has completed (Photo: Varun Swamy)

Meandering rivers in the Amazon basin are the “conductors” of the Succession Rhapsody (Photos: Varun Swamy)

Visitors to Tambopata have the privilege of witnessing the Succession Rhapsody in its splendid entirety, from the very first Act to the last. In doing so, they get to experience the special feeling of awe that comes with the realization that an Amazon rainforest with thousands of species of trees and towering charismatic megaflora began as a beach of pure sand – a blank canvas that transforms into an incredibly complex, hyper-diverse ecosystem over centuries.

Traveling along the Tambopata River, visitors can see various stages of succession neatly laid out one after another. Thesechronosequences provide a feeling of “traveling through time”, starting from the river beach through multiple successional stages all the way to mature forest.  (Photo: Varun Swamy)