It was getting close to the end of the field season. We were tired, craving junk food, covered in ticks and… critically, short of monkey poops. Stefano and I were now the sole members of the 2017 Primate Poop Patrol, and it was our responsibility to go out every day into the rainforest and collect fresh monkey poop. 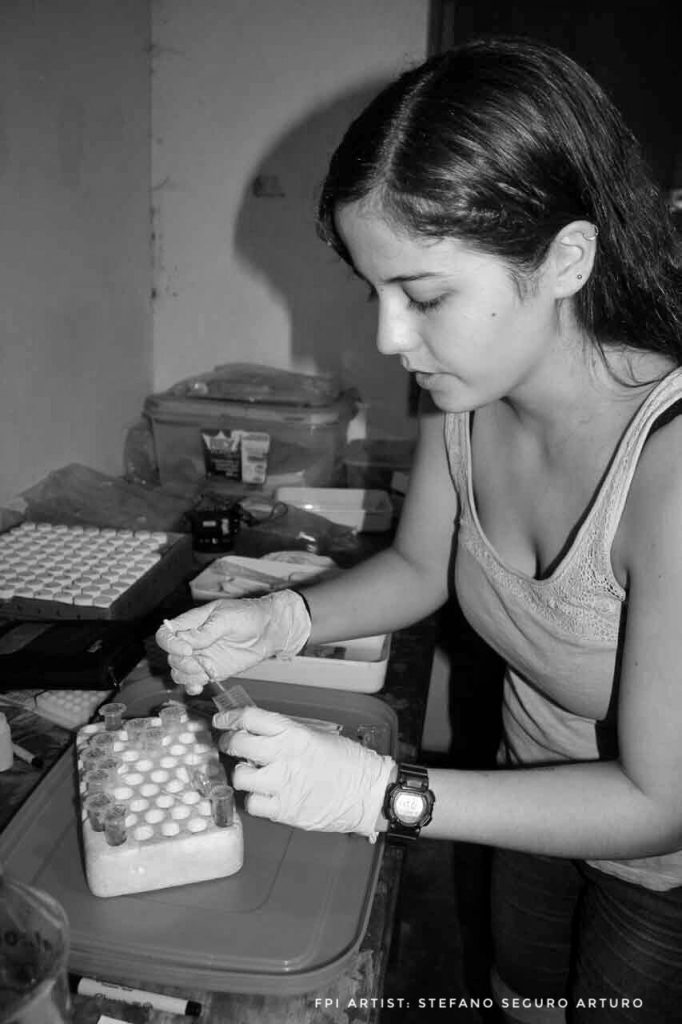 Every summer, a certain number of unique monkey faecal samples are collected. These samples can help scientists find out what parasites an individual has, what the animal has been eating and can even provide DNA from the monkey itself! In order for the results to be conclusive, more than just a couple of samples have to be processed. This means there are a minimum number of poops to be collected per species per season… and Stefano and I weren’t even close for some of the 11 species at the Los Amigos Biological Field Station.

We had collected enough spider monkey, capuchin, squirrel monkey and tamarin poops, but urgently needed titi monkey, saki monkey and howler monkey samples. Titis are pretty common and easy to follow. Sakis and howlers, however, were a whole other issue. These species are big, but they are also rarer than the rest. We combed the trails around the field station for hours on end, day-in and day-out looking for sakis and howlers. We walked through the forest trying to hear or see any sign of these big monkeys… without any success at all.

Following monkeys is hard. You have to be quick on very difficult terrain, including slopes and ravines. You walk through spiky bamboo and very tangled vines and withstand an incredible amount of bug bites. You have to keep your eyes on the monkeys at all times and coordinate the follow with your team. You have to make sure you can keep up with the monkeys in case they change their route and you have to record as much data as you can, all this whilst straining your neck looking at their bums with your binoculars in case they poop. When they finally poop, your job is to find the sample and collect it without contaminating it with your own DNA, as well as noting the sex and approximate age group of the individual that pooped. It’s a difficult job, but walking around trying to find monkeys without success was way harder.

I soon started dreaming of saki and howler poop. It was all Stefano and I could talk about over dinner at the field station. Sometimes somebody would approach us and tell us they had seen them on this or that trail.  It seemed as though the sakis and howlers *knew* we were looking for them and were actively hiding from us, but one day things turned around for us… 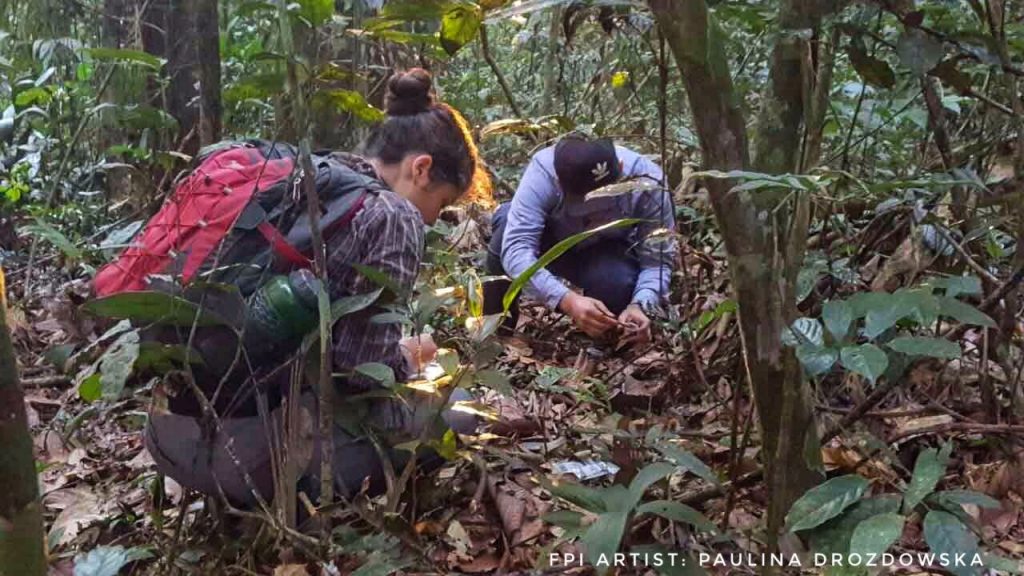 Just a few meters off trail, we found a troop of beautiful red howlers. They were in the sun, so their fur was shining the brightest red. My heart was exploding with joy. It was such an indescribable feeling. We followed them for the rest of the day with awe. Our goal was simple, to track them to their sleep tree, and we did just that. A sleep tree meant we could go back the next day and follow them from dawn onwards, but it also meant we would get to hear them howl at the crack of dawn. We quickly headed back to the field station, excited to share the amazing news that our streak of bad luck had finally ended.

By 4:30 am the next morning we had already eaten some oatmeal, packed a few biscuits and set off towards the howlers. We arrived at the spot with the help of our memory, GPS, compass and headlamps, and decided to wait for a while. After a few minutes we heard the loudest and scariest howl we had ever heard. The male had started to howl and we were only a few meters away. When he stopped, other males in the distance continued. This went on for a couple of minutes, and we were mesmerized. 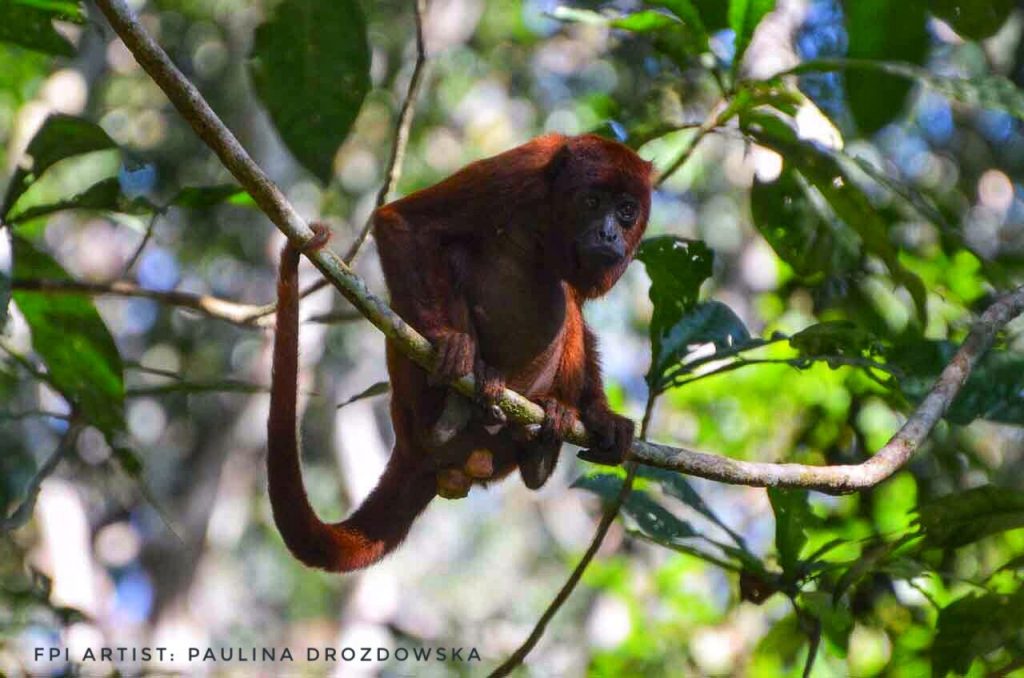 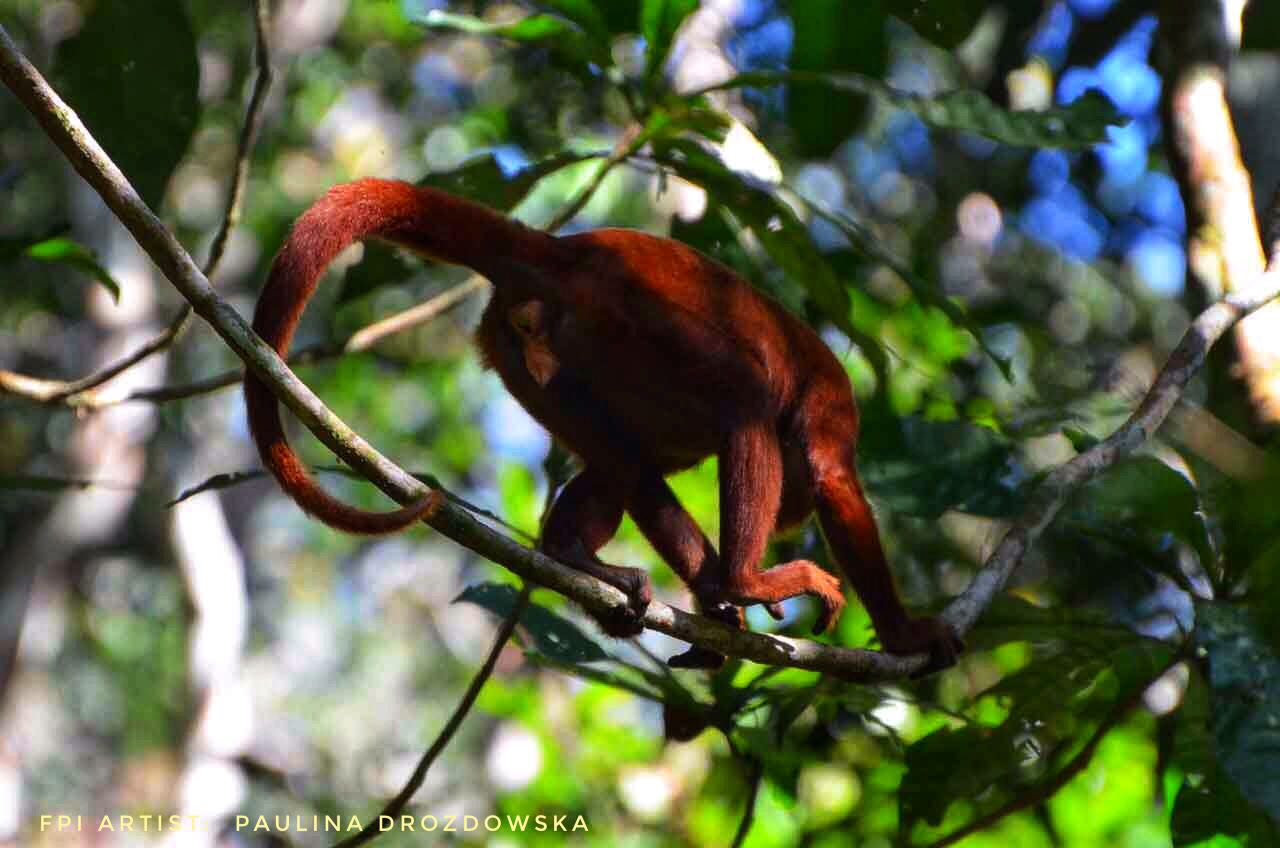 The follow started as soon as we could move through the forest without our headlamps. After a few hours, one of the howlers peed. In the monkey-poop-collection world this is a great sign: it means the animal will probably poop shortly after, and so it did! After a few hours, all individuals in the group started peeing at the same time. We knew what this meant and quickly assigned each of the observers a certain number of individuals to keep track of, so as to remember which poop came from which animal. They all pooped at the same time and even on top of us. It took us about 15 minutes to successfully collect and record the samples. We were so immersed in the poop collection that we eventually lost the group – which makes us sound terribly lame in the monkey-follow world because howlers move so slowly and are difficult to lose – but we had a decent amount of samples and were pretty pleased with ourselves. 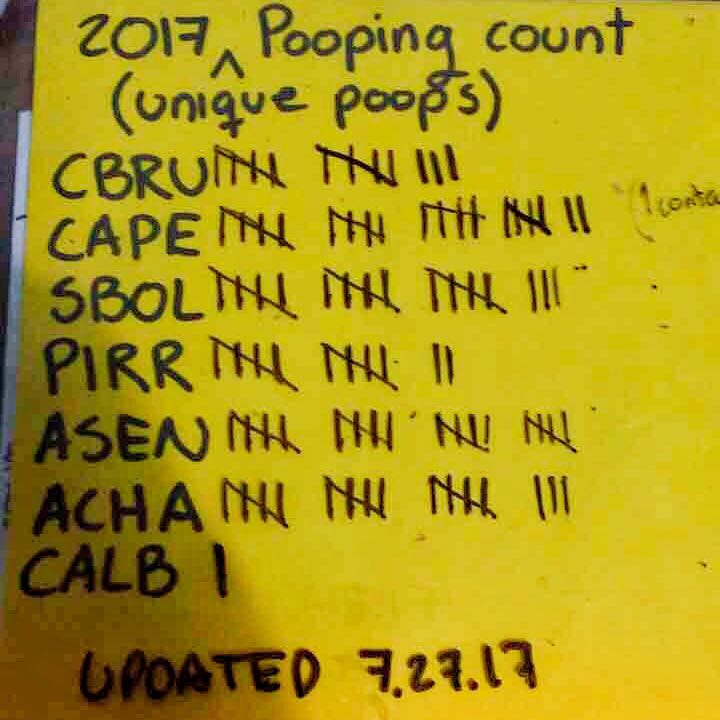 Dinner at the field station that day tasted like happiness and we celebrated by cracking open a bar of chocolate that had been saved just for this occasion. I seriously believe fieldwork in the Amazon is one of the hardest things I’ve ever done, but it’s also the one of the most rewarding. When we couldn’t find the monkeys we saw tapirs, pecarí, toucans, ant-eaters and even the Andes mountain range! There’s never a dull moment in the rainforest. You always come back to the station at the end of the day feeling like an old-world naturalist, discovering life in all of its forms and colours. It’s completely changed the way I look at nature, science, and ecology.

Still craving more! Here’s a video from another former member of our Primate Poop Patrol, compliments of John Kaltenbach

Under (poo) Pressure from Field Projects International on Vimeo.