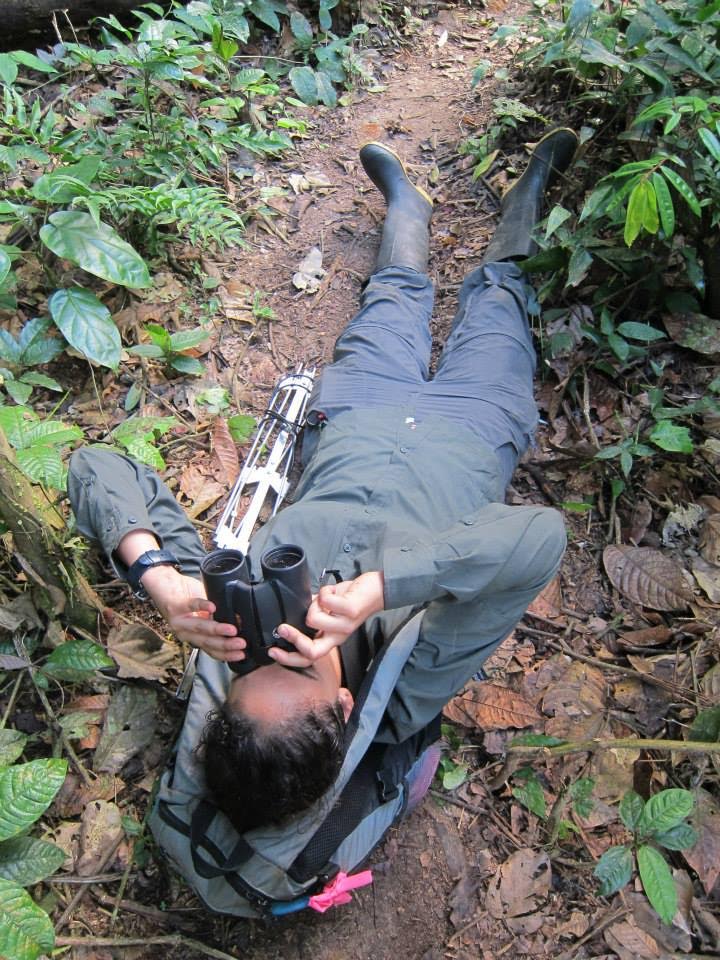 Inspired by the International Day of Women and Girls in Science last month, we decided to catch up with some of our past collaborators and research assistants to see where their studies and careers have taken them. We were also curious about what initially sparked their interest in science, and what issues women in particular face as they pursue careers in their chosen fields. For our first installment, we reached out to Frida Lona, evolutionary biologist and former research assistant with Field Projects International…

What research/work/schooling have you been involved in since your time in the field with FPI?

I was a field assistant [with FPI] during summer 2013, right after finishing my Bachelor’s degree in Biology in Mexico. I started a master’s program in 2014 in Europe, called the Erasmus Mundus Master Programme in Evolutionary Biology, or MEME in short. This program is unique in the area of evolutionary biology because you get the chance to study in different universities around Europe, with the possibility of doing one semester in Harvard too. It is also attractive for whoever wants to pursue an academic career, since you conduct a different research project from the second semester. I am currently on my last semester (4 in total), and I have attended 4 different universities/research institutes. I spent my first semester at the University of Groningen in the Netherlands, the second semester at the University of Munich (LMU) in Germany, where I was involved in a bioinformatics project about selection in human regulatory regions. During my third semester I worked on methods to extract DNA from Grauer’s gorilla from non-invasive (fecal) samples at the Evolutionary Biology Center in Uppsala, Sweden. And now. I have just started to work on paternal leakage of mitochondrial DNA in humans at the Max Planck Institute of Evolutionary Anthropology in Leipzig, Germany.

Did your experience with FPI help you along your career path? If so, what did you find most helpful about your relationship with us?

Definitely! Starting with “going out of my comfort zone,” by having the adventurous experience of living in the Amazon for a while. This experience taught me how to go through difficult situations, how to manage them, to appreciate the very comfortable life that some people can have, and to realize that not much is needed in order to be happy. I also learned how to work in teams, the importance of having ideas with initiative, how to lead different situations, to react in an appropriate way and still maintain humbleness. Furthermore, having the opportunity to work in the field with Mini and Gideon was great. I look back to my first impressions after my arrival to the field station, where everything was super well organized and planned. I cannot stop admiring the years of work they had put in, from habituating tamarin groups up to the trapping and lab protocols: especially the tough work Mini was involved in when she arrived to the station by herself for the first time. Unfortunately, it is rare to find women who are willing to engage in this kind of adventure just for science and to fulfill curiosity! 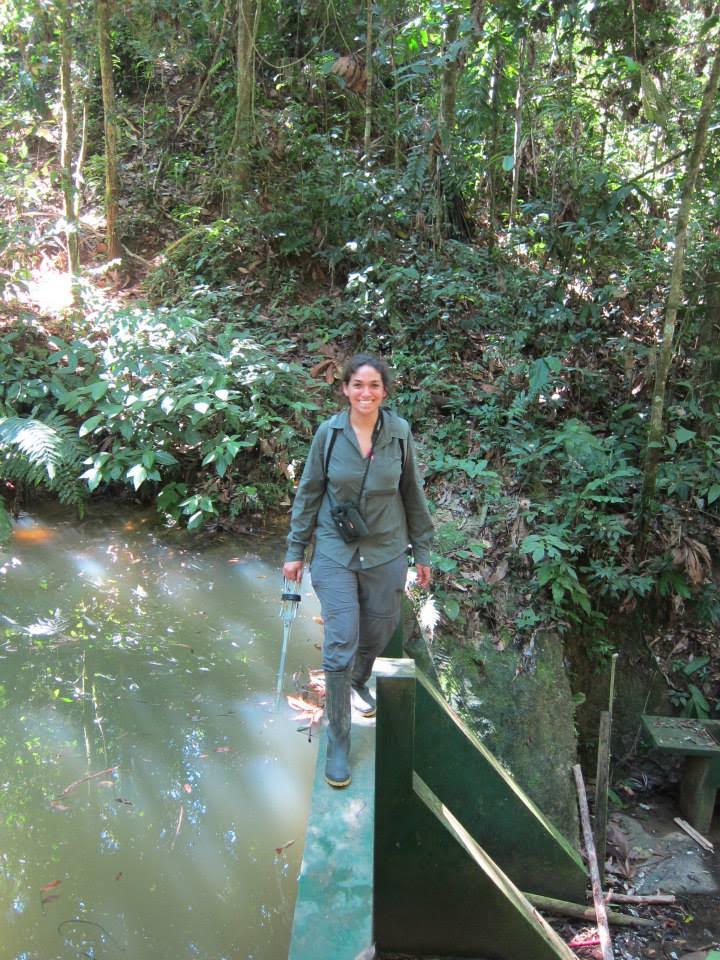 When did you decide that you wanted a career in science? What led you down this path?

My first experience in the field was at the age of 18, observing howler monkeys for a couple of days in the tropical region of southeast Mexico, which was not very exciting since they spend most of their time chilling and eating on the same tree, although I was very surprised to listen to their unique and loud howls when they were just right on top of me. Nevertheless, my passion was strong, and I was very curious about the similarities between humans and other apes, which directly led me to learn a lot about evolution before starting my Bachelor’s degree: mostly self-taught through popular science books by great scientists such as Richard Dawkins and Robert Sapolsky. At this point I had already discovered the three great women who had done the first research on wild populations of three great apes: gorillas (Diane Fossey), chimpanzees (Jane Goodall), and orangutans (Birutė Galdikas). I felt great admiration for them and their work, which definitely encouraged and influenced my decisions and the professional path I wanted to follow at that time. It is particularly interesting that these women were “recruited” to conduct field work in Africa and Asia, in a time where it was not common for women to do “the tough work.” If I had the opportunity to be in their position, I wouldn’t have thought twice before accepting a job like this. Curiosity for the unknown and persistence is what drives us to discover such wonders in any field of science. Fortunately, in Mexico there is now equality for men and women in science education, so I never questioned myself, nor was I questioned by others [about] the reasons I wanted to start an academic career.

I was engaged in the biology bachelor [degree] in the first place because of my passion for primates. I knew from the start of the degree that in order to investigate and work on primate evolution, lots of years of study awaited me, and I was ready to start. During the degree I started exploring different approaches where I could work on primates, which led me to volunteer at a Gibbon Conservation Center in the U.S. during my early stages, then work at a neurobiology lab with macaques in Mexico, and later to go to the Amazon to study cute and curious tamarins. This last experience marked and motivated me to apply to a master’s program on evolutionary biology, and particularly study the genetic and evolutionary basis of complex systems, such as the reproductive strategies that tamarins have.

I started the master’s program wanting to continue doing research that involved ecology and behavior of primates from an evolutionary perspective, but during the first months I discovered more deeply the area of genomics, particularly all the advances that are currently being made regarding human evolution, and I thought of it as a very strong and cool area of research nowadays, with great potential in the near future.

What do you feel are the key issues affecting not just disparity in science education for women, but also the prospects of research funding, senior faculty positions, publication, etc.?

It was also during the first months of the master’s program when I heard about the topic of “Women in Science.” I knew that science positions are usually dominated by men, but I’ve never thought about it thoroughly until one professor of ours led a discussion about it. We addressed some interesting questions such as: why are there more men than women in science? Why do women drop out of science at an early stage? What is the scientific community doing about it? What can we, young researchers, do about it? In the case of biology, it seems to me that an equal number of men and women start studying, but it is only at later stages (after PhD) that the number of women decreases. Now that I am getting closer to that age I am starting to get a clearer view of the situation.

Researchers are traditionally considered passionate and hard-working people who are focused most of the time on their research, so this could be one of the reasons why women were initially not engaged in science careers; they were focused only on raising their children. But researchers, women and men, are also humans, which means they like to be engaged in other activities and they want to have a life outside of science. Some countries have started to realize this, in addition to the movement of men and women’s equality that started many decades ago. Women nowadays (on average) have children at a later age compared to women 50 years ago: a fact that makes it easier for them to pursue a career in almost any field. But the possibilities are not the same in a science career, where a 30- or 40-year-old person does not have a stable and permanent job. Moreover, available positions often require you to move to a different place. And what if you decide you want to have children before 30? This will probably overlap with your PhD studies, but you have the right to do it. For instance, in Sweden the government supports [this choice] by giving you and your partner equal parental leave. This is later reinforced by having decent working hours, where people actually have enough time to spend with their families. Even though I have not experienced this, I would not be surprised if in other countries male PhD students are preferred over women because of this [child-rearing issue]. I probably won’t forget a short conversation I had with people at the university in Uppsala, where a woman stated: “Sweden is the right place to get pregnant and still follow up your studies.” Unfortunately, most countries have not yet enforced laws that facilitate women’s science careers, and I think this is one of the main reasons why women decide instead to go for a more stable job, in industry for example, where they have spare time outside science.

I have not had the experience to apply for research funding, but from my perspective men and women are seen with equal capabilities, although this probably does not apply for all countries. There are also currently some grants that are exclusively for women, with the purpose of increasing the number of women in science. Some may ask, then, if women have an advantage over men on getting funding, but I think that we are still in the era where some help is needed in order to motivate women into their science careers. 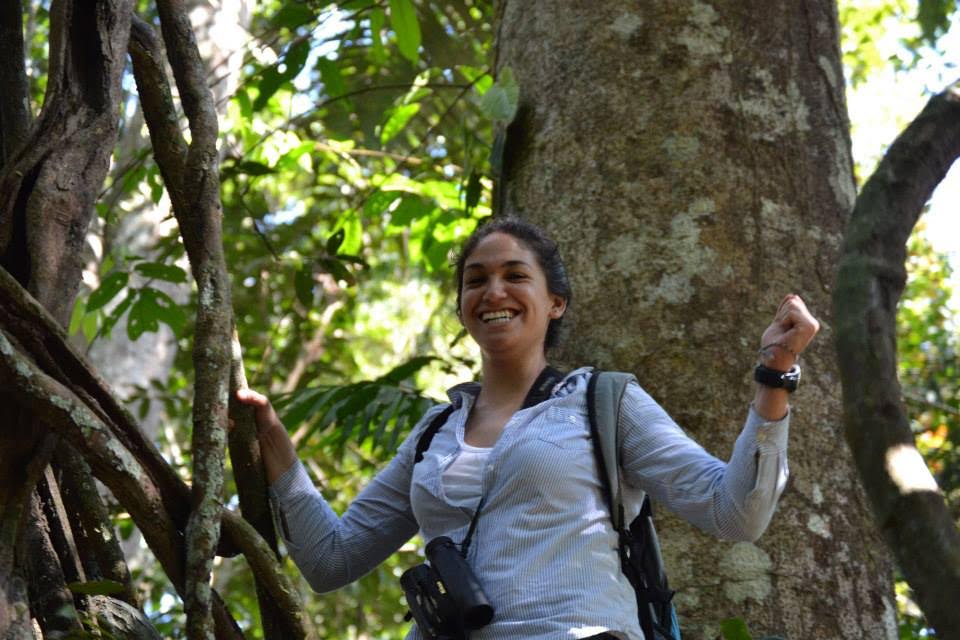 What advice would you give to young women interested in a career in the sciences?

Every day science careers are seen more and more as “normal jobs.” Go for it and follow your passion! I think any path we decide to take professionally will have hills that we have to climb, walls that we must break through, and moments where we would like to drop out (since the early stages!). When these moments arrive, just think of what initially drove you to the place where you currently are. I’m sure women and men’s positions in science are getting more and more equal these days, so this definitely should not be an issue for young women who want to pursue a career in science. Take as an example the hard but successful lives of three young women who once were in your position, I encourage you to read their stories. ¶