Trophies, Trump, and the Sound of Silence

Do you hear that?

You’ll have to listen closely.

It’s the sound of the Trump administration quietly lifting the ban on elephant trophy importation into the United States.

The reversal of the Obama-era blanket-ban on all elephant trophy importations was announced on March 1st in a memorandum from the U.S. Fish and Wildlife Service. The notice nullified previous rulings made by the agency in accordance with the Obama administration and the Endangered Species Act (ESA). While the ESA allows the importation of sport-hunted trophies taken from threatened species such as African elephants (Loxodonta africana, listed as Vulnerable in the IUCN Redlist) if they serve to enhance the survival of species in the wild, the Obama-era rulings concluded that it was unlikely that such importations would benefit the survival of the species in the wild. Following the March 2018 ruling, intended importations will be evaluated on a case-by-case basis, although the guidelines for such evaluations are intentionally unclear. Those in favor of lifting the ban state that fees hunters pay provide funding for the conservation of african elephants, whose numbers have declined 30 percent between 2007 and 2014 alone.

Not only does this March 2018 decision counter rulings by the previous presidential administration, it also goes against prior actions and previous public statements made by the current president’s administration. In a tweet posted on November 19th 2017, Trump stated “[I] will be very hard pressed to change my mind that this [trophy hunting] horror show in any way helps conservation of Elephants or any other animal.”

Big-game trophy decision will be announced next week but will be very hard pressed to change my mind that this horror show in any way helps conservation of Elephants or any other animal.

Indeed, when a November 2017 attempt to lift the Obama-era ban was met with public outcry, Trump was quick to express via tweet that he was still reviewing the facets of the issue and had not made a decision yet.

Put big game trophy decision on hold until such time as I review all conservation facts. Under study for years. Will update soon with Secretary Zinke. Thank you!

While the role of the president in the new case-by-case policy is unclear, the president has previously expressed support for the work organizations such as The Safari Club facilitate in the name of conservation, as well as a lack of regard for decisions made in favor of elephant welfare.

The March 2018 memo also reflects overturning of ESA enhancement findings from as early as 1997 for lions (Panthera leo, listed as Vulnerable in the IUCN Redlist) in Zimbabwe, Zambia and South Africa, as well as bontebok in South Africa. For Loxodonta africana, ESA enhancement findings for import from Zimbabwe, Tanzania, South Africa, Botswana, Namibia, and Zambia are now no longer relevant to making individual permit determinations. In all cases, these reflect animals hunted for sport.

Support for trophy hunting is prominent among those close to Trump. The President’s interior secretary Ryan Zinke is a known- proponent of trophy hunting for conservation and his sons have participated in trophy hunting excursions, during which they posed happily with their kills, including an elephant. 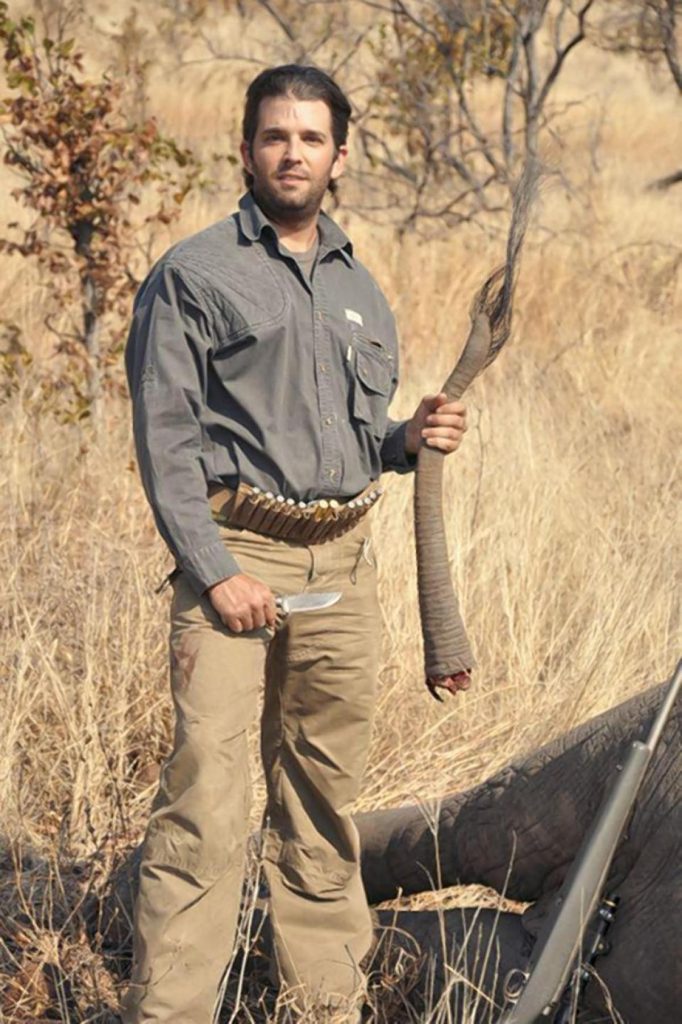 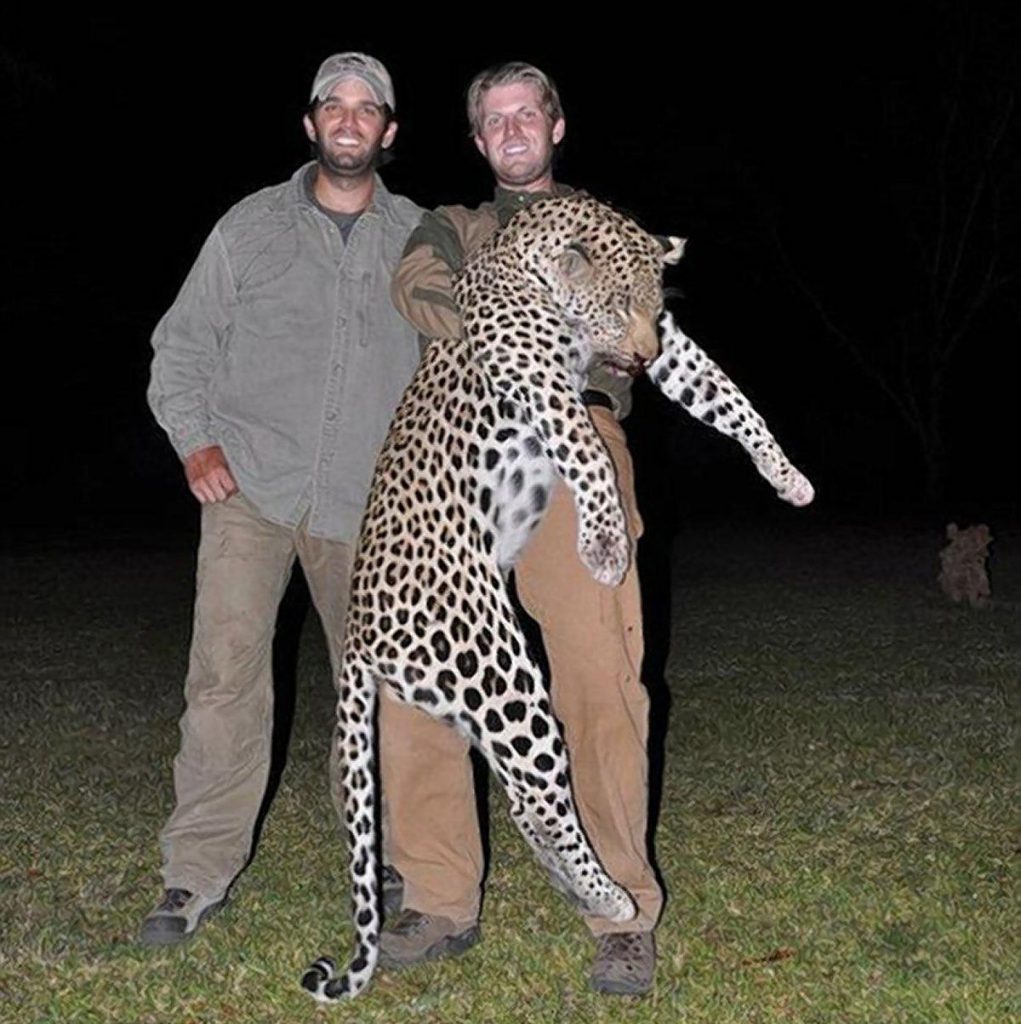 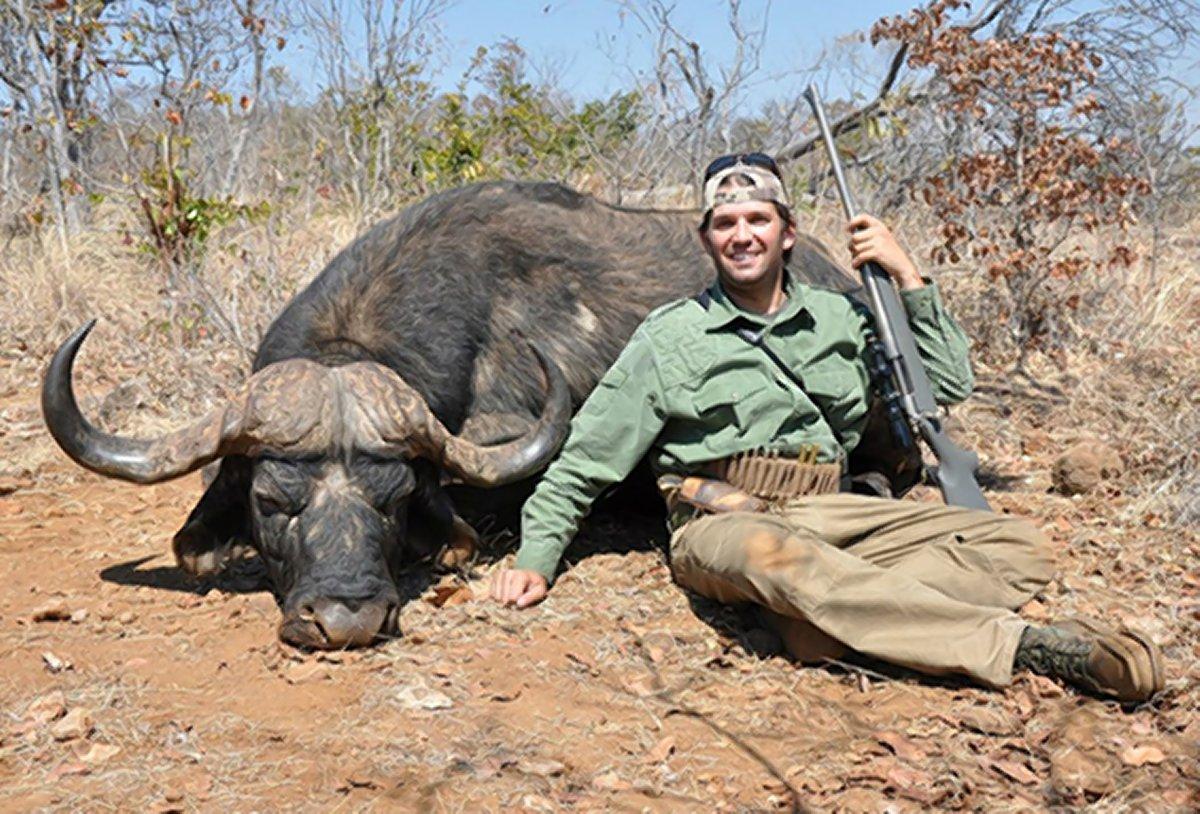 Donald Trump Jr. smiles as he sits beside a buffalo killed in 2011 during a hunting trip in Zimbabwe. (HUNTINGLEGENDS.COM/HUNTING LEGENDS)

The U.S. Fish and Wildlife service did not publicize this ruling. Instead, reports of this memorandum surfaced on The Hill

Interested in learning more about wildlife conservation in Africa? Take a field course with renowned conservationist Janette Wallis in Uganda this summer.

Comments are closed, but trackbacks and pingbacks are open.

← The Colours of a Primate Rainbow: Interview with Dr. Amanda Melin
→ “A Trick of the Tail”: Prehensile Tails and Primate Evolution